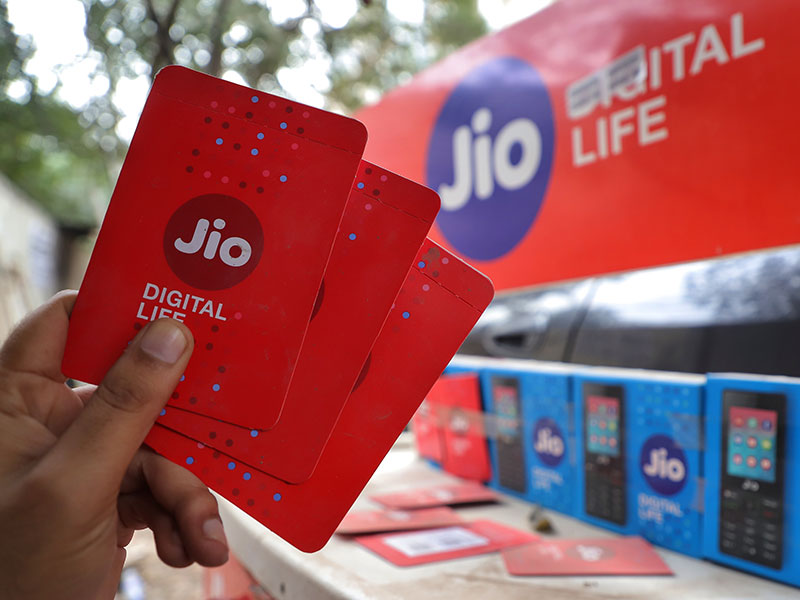 NEW DELHI: Reliance Jio has informed Department of Telecom that it will not opt for four-year spectrum payment moratorium being offered by the government to telecom companies as part of a relief package, sources said.

Both Bharti Airtel and Vodafone Idea have said they will avail the four-year moratorium on payment of dues.

Sources told PTI that Jio has conveyed to Department of Telecom (DoT) that it will not opt for four year dues moratorium.

An e-mail sent to Reliance Jio on the matter did not elicit a response.

Vi, Ericsson partner to showcase power of 5G to transform healthcare in India 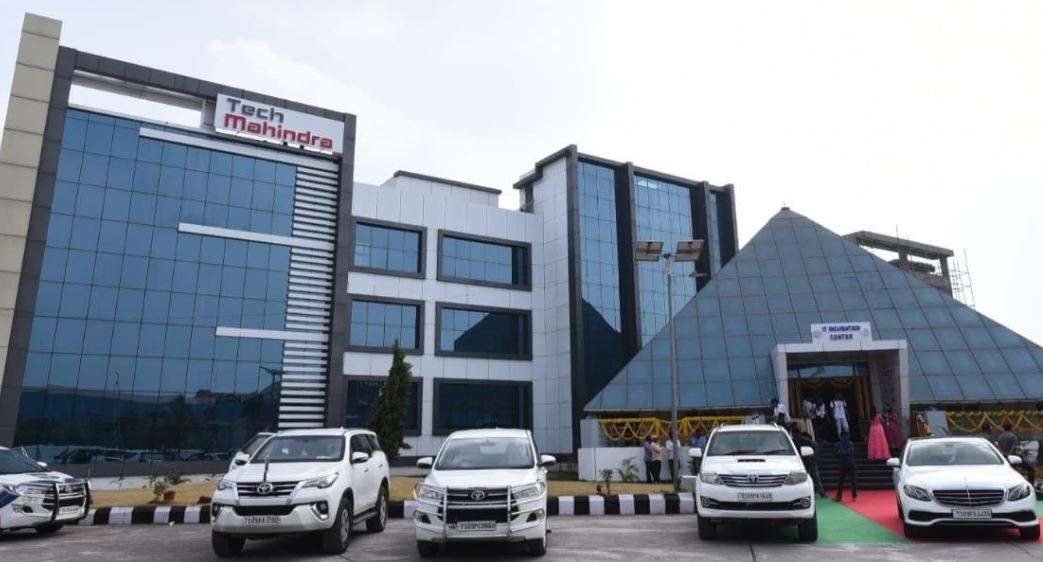 The two companies will also bring to market customized Enterprise Grade Private Networks, which will be at the core of the digital economy. These solutions will focus on combining Airtel’s industry leading integrated connectivity portfolio of 5G ready mobile network, Fiber, SDWAN, and IoT along with Tech Mahindra’s proven system integration capabilities. The companies will initially focus on segments such as Automobiles, Aviation, Ports, Utilities, Chemicals, Oil & Gas and expand to other industries going forward.

Ganesh Lakshminarayanan, CEO-Enterprise Business, Bharti Airtel said: “Airtel and Tech Mahindra have a shared vision of supporting the growth of India’s digital ecosystem. We are delighted to join forces with Tech Mahindra to bring to market a range of cutting-edge digital solutions for the emerging requirements of enterprises. With proven technology capabilities and deep customer trust enjoyed by the two brands, we believe this is a win-win partnership.”

Manish Vyas, President, Communications, Media and Entertainment Business, and CEO, Network Services, Tech Mahindra, said: “5G ecosystem will unlock immense opportunities for industries across sectors to improve productivity and enhance customer experience through digitally powered new-age platforms and solutions. We are excited to partner with Airtel to provide innovative and cutting-edge solutions for enterprise customers. In line with Tech Mahindra’s NXT.NOWTM framework, this collaboration is focused on offering next-generation services to the Indian market by enabling transformation via network, cloud engineering and customer experience.”

As part of NXT.NOWTM framework, which aims to provide ‘Seamless Customer Experience’, Tech Mahindra focuses on investing in emerging technologies and solutions that enable digital transformation and meet the evolving needs of changing customers.

NEW DELHI: 3 Scandinavia, a leading provider of voice and broadband services, has deployed Enea’s 5G policy control solution as it continues to expand its 5G footprint. The solution will allow 3 Scandinavia to effectively launch, manage, and monetize new services in Sweden and Denmark.

Enea’s powerful policy platform will allow the Nordic network provider to differentiate services and ensure that all subscribers benefit from a consistent quality of service to match their chosen pricing plans.

Enea’s policy management platform, a fully virtualized, multi-vendor solution, has provided 4G policy control functionality for 3 Scandinavia since 2008. As the operator looked to scale its capabilities with virtualized architecture, it turned to Enea for 5G policy control. Enea’s platform delivers robust connectivity and cost-effective service management while bringing operational agility through its tight integration with provisioning systems. It is also vendor agnostic, which means that the operator has the freedom to work with any network access provider and can configure new types of 4G and 5G services in a matter of minutes.

“We are always striving to offer innovative services that appeal to our growing base of subscribers,” says Per Stigenberg, CTO at 3 Scandinavia. “In today’s world of stream-based entertainment and hybrid working, this means taking full advantage of everything 5G has to offer. Enea has demonstrated a thorough understanding of our needs and with their flexible product approach we are now able to deliver a next-generation connectivity experience for all our subscribers in Sweden and Denmark”

The solution from Enea also enables the operator to effectively manage several of its virtual Policy Control Functions (PCFs) across two physical locations in Scandinavia. With Enea’s platform deployed, 3 Scandinavia can efficiently support fully redundant 5G voice and data services throughout both Sweden and Denmark, allowing the operator to seamlessly control policies as subscribers move between 4G and 5G, and across their networks.

“Policy control is very much the brains of the operation when it comes to providing cellular services to millions of subscribers,” says Jonas Jacobsson, Senior Vice President of Service Provider Sales at Enea. “Without it, there is simply no way to differentiate service in terms of data allowance or speed, particularly with 5G where these configurations become even more granular.”

A report from Deloitte found that the number of 5G subscribers in Scandinavia has more than doubled in the past two years. As networks grow, policy plays a critical role to help operators scale and monetize 5G. 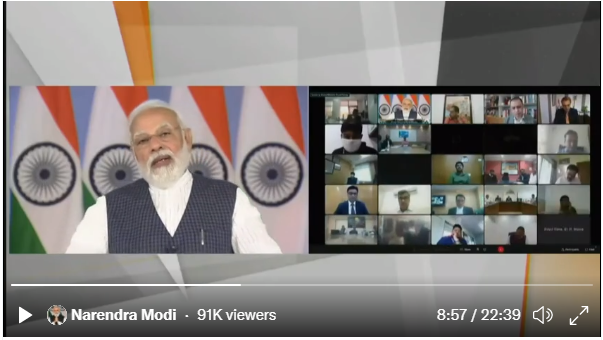 The theme of the webinar ‘Leaving No Citizen Behind’ was aimed at bringing industry leaders, policymakers and government officials together to deliberate upon the positive impact of the budget and identify sector specific actionable strategies to collectively work towards furthering the common goal of upliftment of everyone with saturation of each household and village, leaving no one behind.

Speaking at the webinar, Prime Minister said that Broadband will not only provide facilities in the villages but will also create a big pool of skilled youth in the village economy. He further emphasized that Broadband, will enable expanding the service sector to rural areas and help in boosting the economy. He stressed the need for a saturation approach to provision of basic infrastructure, especially in aspirational districts. He also emphasized the need for spreading awareness about the use of such connectivity and healthy competition between villages in achieving targets.

The Union Budget 2022-23 has provided an impetus to the telecom sector through a budget announcement which proposes to allocate 5% of annual collections under the USOF to promote R&D and commercialisation of technologies and solutions in order to enable affordable broadband and mobile services proliferation in rural and remote areas. In addition it has also been proposed to cover all villages on optical fiber network by 2025.

In order to carry forward and sustain the momentum of budget and to create a sense of ownership in budget implementation by all relevant stakeholders, a series of webinars were organised through various Ministries and Departments. One such post-budget webinar was organised by Department of Rural Development on the theme “Leaving No Citizen Behind”. One of the break-away session was on “Road & Info way to all rural habitations”. This session was moderated by K. Rajaraman, Secretary(T), Department of Telecommunications, and was co-moderated by Dr. Ashish Kumar Goel, Addl. Secretary, Ministry of Rural Development.

It was felt that digital saturation is the foundation for the achieving all facets of development including financial, social or economic development especially in rural and remote areas.

For achieving 100% saturation, it was indicated that convergence of all stakeholders is required to provide cost and technology efficient services which is also part of GatiShakti program of the Government of India. BharatNet shall be leveraged for the same and utilised for early saturation of all rural and remote areas including ensuring uptime and SLA as per norms for better demand.

A need was felt that Outcome Focus shall be the main objective in all government programs and schemes. Innovation conferences may be one of the activities to ensure new development of technologies apart from focussed development of rural specific content.

Based on discussion and inputs of stakeholders, RoW issues were identified as key challenges and efforts need to be made to mobilise the State government departments including creation of National Portal for early resolution through Single window clearance.

Industry experts also indicated the need for focus on supply side and demand side constraints including power requirement of telecom, focus on green telecom and reduction in tax and fees structure and regulatory fees for the services etc. The implementation strategy of the Department for rollout of broadband in rural areas will include this valuable feedback and inputs from various stakeholders.