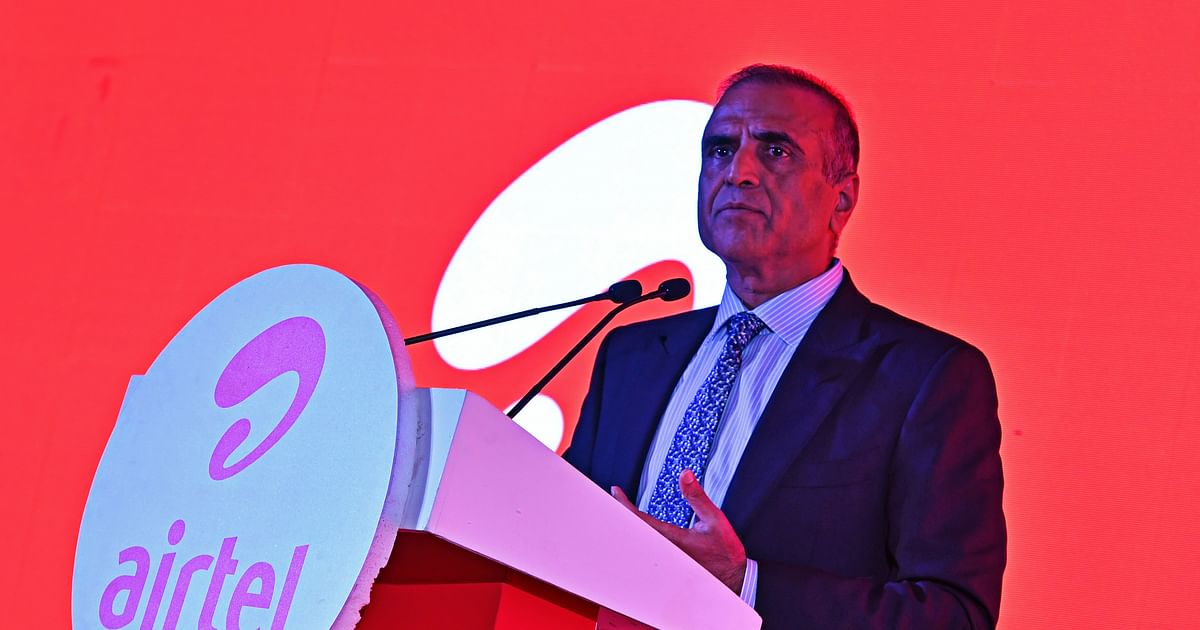 NEW DELHI: Telecom tariff hike is needed as the current rates are “unsustainable” and market conditions will be seen before a call is taken, telecom czar and chairman of Bharti Airtel Sunil Mittal has said.

On the issue of whether or not Chinese telecom equipment vendors will be allowed to participate in next-generation 5G networks, Mittal said the larger question is that of the nation’s decision and asserted “what the country decides will be accepted by everyone”.

Where tariffs are concerned, the company has already taken a clear stance on the issue, he said adding that Airtel is of the firm view that tariffs need go up.

“…current tariffs are unsustainable but Airtel cannot move without the industry moving or the regulator moving,” Mittal told PTI in an interview.

Industry needs a tariff hike at some point in time, he said adding “we will have to see the market conditions to do it”.

Mittal was replying to a question on the timing for what seems to be an imminent industry-wide tariff hike in the Indian market and whether Airtel will initiate it or wait for rivals to make their first move.

It is pertinent to mention that in August this year, Mittal had described 16 GB data consumption a month for Rs 160 as a tragedy. The company has maintained that Average Revenue Per User (ARPU) should rise to Rs 200 and eventually to Rs 300 for a sustainable business model. Bharti Airtel’s mobile ARPU stood at Rs 162 for the September quarter from Rs 128 in Q2 FY20, and Rs 157 in the preceding June quarter.

The Bharti Group supremo – who has time and again drawn attention to the high taxes and levies in the sector – further said that telecom being a “high capital-intensive industry” required a steady flow investments into networks, spectrum, towers and technology and it was therefore important for the industry to be “sustainable”.

“This industry needs tonnes of money, it is a high capital-intensive industry…buying spectrum, putting out networks, fibre, radio, towers…this is a continuously investing industry,” Mittal said.

Unlike setting up of steel or power plants, or refineries, the telecom sector needs a continuous and recurring infusion of capital.

“You have to, every year, spend billions of dollars afresh to get new technology, more coverage, more capacity…so this industry needs to be sustainable. Government wants India to be Digital India, and people to be connected. I think we will have to leave it in their safe hands,” he said.

As it is, the telecom policy and new digital communications policy states that revenue maximisation is not the objective, he added.

On the issue of Adjusted Gross Revenue (AGR) and the recent difference of opinion that has cropped up between Telecom Department and the company on when the next tranche of payment is due, Mittal pointed out that Airtel had already paid Rs 18,000 crore, “significantly more than anyone else”.

“We have paid Rs 18,000 crore…whatever they decide…we have paid significantly more than anyone else…so we will see, when final decision comes,” he said.

Mittal said that 5G spectrum prices are “unaffordable” but, in the same breath added that India has ample time for its 5G road map.

“5G spectrum prices currently are unaffordable and India has the time. Nobody in world is far on 5G…even countries in Europe…the UK, the US…5G coverage is still very sparse. So we are okay, India is not behind,” he said.

Asked when he expects full-fledged 5G rollouts in India, Mittal said, “The point is, when you need it…connected cars, robotic surgeries, that is what it is needed for. So, do we really have that on fire, at the moment? I don’t think so.”

To a question on whether 2G will continue to exist in India even with the advent of newer generation of technologies, Mittal said Airtel has already switched off entire 3G layer and will keep on moving 2G customers to 4G.

“As soon as we can, we will keep on moving our 2G customers to 4G, that process is going on. That’s the process, it just keeps happening evolutionary, organically, just every month,” Mittal added.

On whether Chinese telecom equipment companies will be allowed to participate in 5G, Mittal said: “It is not question of being allowed or not being allowed. It is question of country’s decision…whatever the country decides, will be accepted by everyone”.

Bharti Airtel to acquire 5.2 per cent stake in Avaada MHBuldhana for Rs 4.55 crore 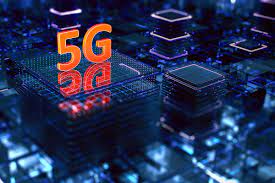 These TSPs have tied up with original equipment manufacturers and technology providers which are Ericsson, Nokia, Samsung and C-DOT. In addition, Reliance JioInfocomm Ltd. will also be conducting trials using its own indigenous technology.

The permissions have been given by DoT as per the priorities and technology partners identified by TSPs themselves. The experimental spectrum is being given in various bands which include the mid-band (3.2 GHz to 3.67 GHz), millimeter wave band (24.25 GHz to 28.5 GHz) and in Sub-Gigahertz band (700 GHz). TSPs will also be permitted to use their existing spectrum owned by them (800 MHz, 900 MHz, 1800 MHz and 2500 MHz) for conduct of 5G trials.

The duration of the trials, at present, is for a period of 6 months. This includes a time period of 2 months for procurement and setting up of the equipment.

The permission letters specify that each TSP will have to conduct trials in rural and semi-urban settings also in addition to urban settings so that the benefit of 5G Technology proliferates across the country and is not confined only tourban areas.

The TSPs are encouraged to conduct trials using 5Gi technology in addition to the already known 5G Technology. It will be recalled that International Telecommunications Union (ITU) has also approved the 5Gi technology, which was advocated by India, as it facilitates much larger reach of the 5G towers and Radio networks.The 5Gi technology has been developed by IIT Madras, Centre of Excellence in Wireless Technology (CEWiT) and IIT Hyderabad.

5G technology is expected to deliver improved user experience in terms of data download rates (expected to be 10 times that of 4G), up to three times greater spectrum efficiency, and ultra low latency to enable Industry 4.0. Applications are across a wide range of sectors such as agriculture, education, health, transport, traffic management, smart cities, smart homes, and multiple applications of IOT (Internet of Things).

DoT has specified that the trials will be isolated and not connected with the existing networks of TSPs. Trials will be on non-commercial basis.

The data generated during the trials shall be stored in India. TSPs are also expected to facilitate the testing of the indigenously developed use cases and equipment as part of the trials. One hundred applications/ use cases selected by DoT after conducting the recent Hackathon on 5G applications can also be facilitated in these trials. 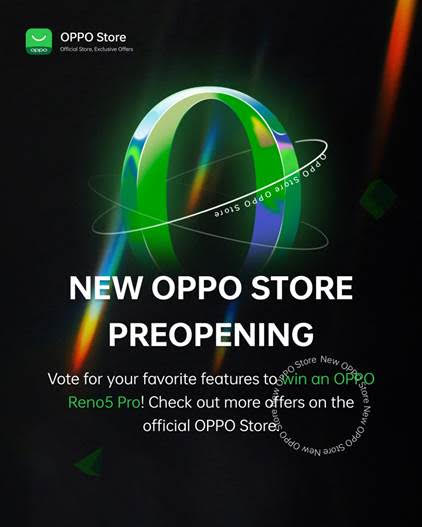 NEW DELHI: OPPO, a leading global smart device brand, is all set to offer a premium shopping experience to its users through the launch of its e-store in India on 7th May.

With COVID-19 fast-forwarding consumers’ retail experience today, the OPPO-owned online store will allow customers and tech enthusiasts to shop for any of their favorite products just with a click of a button! sitting right from the comfort of their homes.

This step will ensure more convenience while allowing users to have access to the latest brand offerings. A one-stop shop for all innovative and latest OPPO offerings, customers will be able to avail all exciting offers accessible on the e-store.

The OPPO e-store will be shipping OPPO products to technology enthusiasts across all parts of the country while offering a seamless buying experience to customers.

Commenting on the announcement, OPPO India CMO, Damyant Singh Khanoria said, “The launch of the OPPO e-store is a big leap in increasing our omni chanel retail presence. We’re focusing on further strengthening our online and offline presence equally. This platform will empower users to stay connected in these difficult times by enabling access to innovative technology from the comfort of their homes”

OPPO has already built a robust network of retailers and distributors in the country. With 60,000 sales points and 180 retail outlets, the brand only aims to strengthen customer experience & showcase the unmatched power of its innovative products which meet and exceed customer expectations today.

With the brand’s philosophy of ‘Technology for Mankind. Kindness for the world’, making consumer’s life better through innovations and industry-first technology is of paramount importance for OPPO. This has led to the continued success of the brand. According to latest research report of Counterpoint, in January 2021 OPPO has risen through the ranks to become the number one smartphone brand in China. 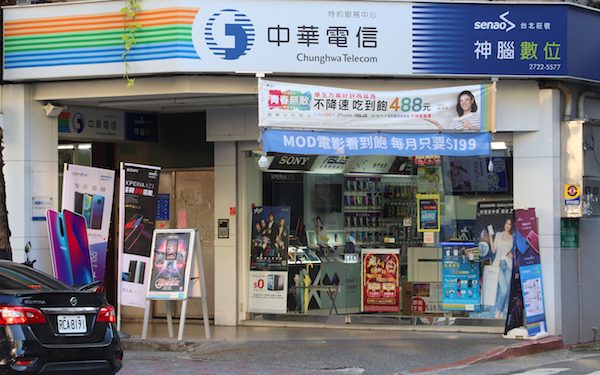 NEW DELHI: Nokia has today announced that it has been chosen by Chunghwa Telecom (CHT) to expand the operator’s 5G network in Taiwan.

The deal aims to support CHT’s objective of achieving 80 percent population coverage as well as boost 5G subscriptions to over 20 percent of its current subscriber base.

The expansion will leverage products from Nokia’s AirScale portfolio to deliver enhanced connectivity for people and businesses in the southern and central areas of the country.

The network will also be designed specifically to leverage Nokia’s competitive 5G radio solutions to support enterprise use cases. CHT will strengthen its cooperation with leading local manufacturers for industrial 4.0 applications using solutions in 3.5GHz and 28GHz spectrum to meet the high throughput requirements.

The deal includes the deployment of products from Nokia’s AirScale portfolio, including AirScale base stations and AirScale radio access products. These will include industry-leading Massive MIMO radios, enabling CHT to boost the capacity of the existing spectrum and increase throughput. Nokia’s AirScale products offer huge capacity scaling and market-leading latency and connectivity, as well as supporting current and future technology trends, including network slicing and Cloud RAN.

Dr. Alex C.C. Chien, President of Mobile Business Group, Chunghwa Telecom Co., Ltd. said: “Supporting our enterprise and individual customers through advanced 5G services is an important focus for Chunghwa Telecom. We are committed to retaining our position as the number one mobile operator in Taiwan by delivering new and innovative services for our customers. Nokia continues to be a trustworthy and hard-working partner for Chunghwa Telecom throughout our journey.”

Mark Atkinson, SVP, Radio Access Networks PLM at Nokia at Nokia, said: “The Taiwan mobile market is highly competitive, driven by an expectation for innovative and high-quality services demanded by subscribers. Next-generation networks are enabling the types of immersive and productivity-driven mobile services that Taiwanese people expect, so we are excited to support Chunghwa Telecom by expanding its 5G network.”